Energy Within Reach
Tour Our Lab
Meet Our Team

Delivering on the promise of fusion.

Fusion energy has long been promised as the ultimate unlimited clean energy technology for the planet. However, the complexity of successfully achieving fusion has left this promise as yet unfulfilled.

NearStar Fusion is developing a new pulsed approach that builds on successful methods of imploding metallic liners to create fusion. Our goal is to power the globe with clean, renewable energy forever.

The proof is in the plasma.

A NearStar Fusion power plant will produce plasma in a repetitively pulsed regime, dramatically reducing plant complexity and parasitic power requirements, all while maximizing operational safety. Pulsed operation optimizes capture of the energy released from each fusion pulse, without complex containment and control equipment getting in the way.

This repetitive pulsed regime is achieved via our proprietary hypervelocity launcher. First generation NearStar Fusion plants will initially be fueled by virtually limitless deuterium-tritium (DT) fuel, the easiest fusion fuel to burn. Deuterium is readily obtained from seawater, while tritium is generated as a byproduct of fusion reactor operations. However, the modularity of the plant design will enable economical next generation performance upgrades potentially allowing the use of advanced aneutronic fusion fuel cycles. Modularity also supports power plant scaling from 10's of megawatts to gigawatt class power production.

The NearStar power plant has the potential to become a rapid pathway to limitless, clean and economical energy for our planet.

The unique advantages of a NearStar Fusion power plant are its simple and robust design, that reduces development time and construction and operating costs, while improving operational reliability and longevity. A NearStar Fusion power plant will be well-suited to scale beyond the inherent limitations of traditional renewables such as wind and solar, because the electrical output can be modulated to provide the entire planet with limitless, economical and clean electricity in any weather conditions.

Due to our inherently simple and robust design, a NearStar Fusion commercial-scale power plant could be developed in as little as 10 years. We attribute our speed to market to three important factors:

1. The inherent modularity of the plant design enables parallel development and mass production of plant components.

2. We plan to utilize existing technologies and conventional materials, thus eliminating the need for a costly and time-consuming advanced materials R&D program.

Most large power plants are designed, engineered and constructed one at a time, which is very expensive. NearStar Fusion power plants will be different. All major components will be produced in factories and rapidly assembled on-site in a matter of months, not years, substantially reducing cost. And since all of our plants will have commonality, plant operations will rapidly improve as industry customers share new knowledge and experience.

NearStar is the future of travel beyond the stars.

Oh, and here’s a second multi-billion dollar industry we believe NearStar will revolutionize: traveling in the stars. We ran some numbers: 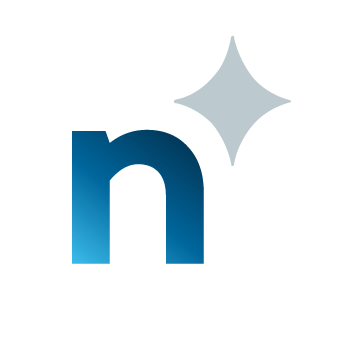 NearStar could deliver clean, safe and limitless energy for our planet.

Get in touch to learn more about NearStar Fusion’s work to develop clean, safe and limitless energy for the planet.

Just fill out this form and click "Submit" and we will be in touch!

Thank you! Your message has been sent.
Oops! Something went wrong while submitting the form.